Some of the Awards and Recognitions Received by Our Doctors

Our eye doctors are on the medical boards of many institutions and in multiple Who’s Who and Best Doctors lists. Some of the VRMNY physicians are past or current editors of the American Journal of Ophthalmology and on the editorial board of numerous journals, including the International Journal of Retina and Vitreous, Retinal Cases & Brief Reports. 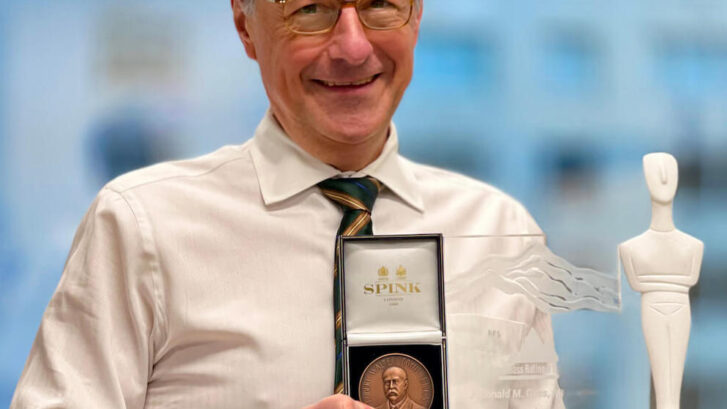 Pictured in the far right is his most recent award, given this year by the Greek Ophthalmological Society. In the midst of the COVID pandemic, the European Society of Retina Specialists Congress invited him to virtually deliver his keynote lecture on “Reconsidering Pachychoroid and What it Means” at EURETINA 2020. To the far left is his medal from the 103rd Doyne Medal Lecture at Oxford University in 2019, where he spoke about neovascular age-related macular degeneration. And in the center is his award from the Gass Lecture at the Snowmass Retina Meeting in February of 2019, an interactive ophthalmology conference where renowned faculty are invited to hold discussions and interact with the audience. 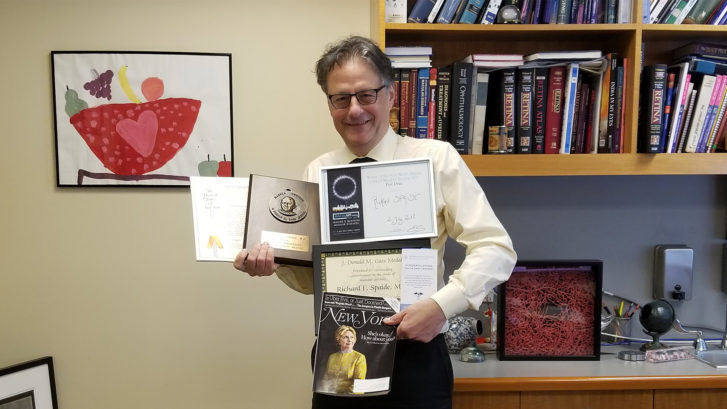 Dr. Richard Spaide was recently picked as one of the best doctors in New York by New York Magazine, one of the best physicians in the United States by “The Best Doctors in America”, and he received the Gass Award, a prestigious international accolade at the Macula Society meeting in Singapore in June 2017.

In 2016 Dr. Spaide was awarded the Roger Johnson Memorial Award for Macular Degeneration Research from the University of Washington, which is given every two years to recognize outstanding contribution to the understanding of the pathogenesis and treatment of age-related macular degeneration by a clinician or basic science researcher working anywhere in the world. The Roger Johnson Award is one of the most prestigious awards in ophthalmology. 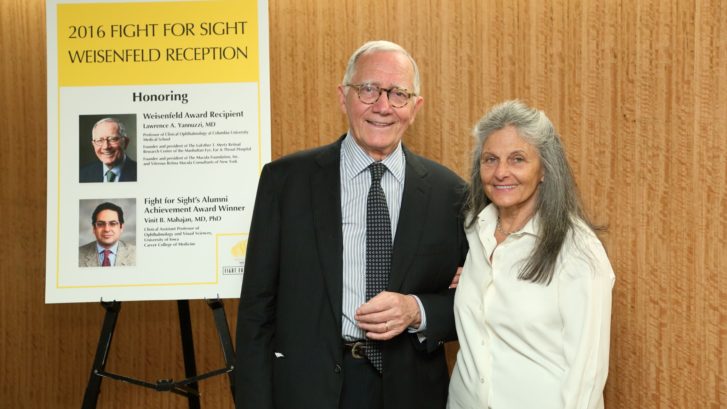 Dr. Lawrence Yannuzzi was the recipient of Fight for Sight’s 2016 Weisenfeld Award at the Association for Research in Vision and Ophthalmology (ARVO) conference in Seattle last week. Dr. Yannuzzi received the award after lecturing on “The Legend of Central Serous Chorioretinopathy.” 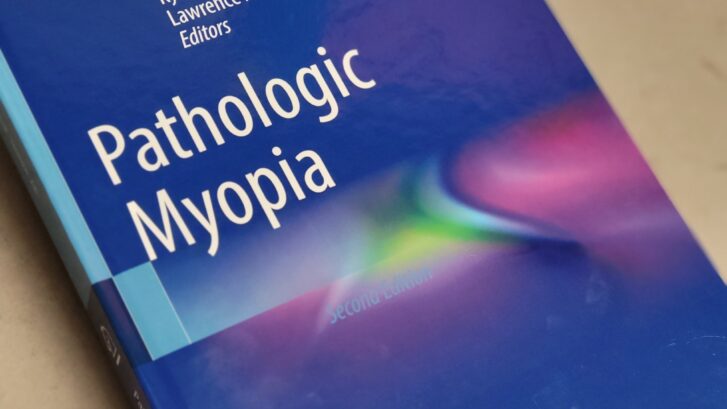 Pathologic Myopia is a major cause of severe vision loss worldwide. The first edition of Pathologic Myopia is one of the only current books to specifically address this disease and discusses recent developments in imaging technologies and various approaches to treatments.This new edition is a timely update to the standard reference in the field, with new chapters on advanced refractive error correction, genetics, developing a classification system, and special surgical approaches for pathologic myopia.

Richard F. Spaide, MD was the recipient of the 2016 Roger H. Johnson Award, which is given every two years by the University of Washington. The selection committee accepts nominations of clinicians and scientists throughout the world for this highly esteemed recognition. According to the committee, “The successful candidate will be the nominee who is deemed by the selection committee to have made the most significant contribution to our understand of the pathogenesis or treatment of AMD.” 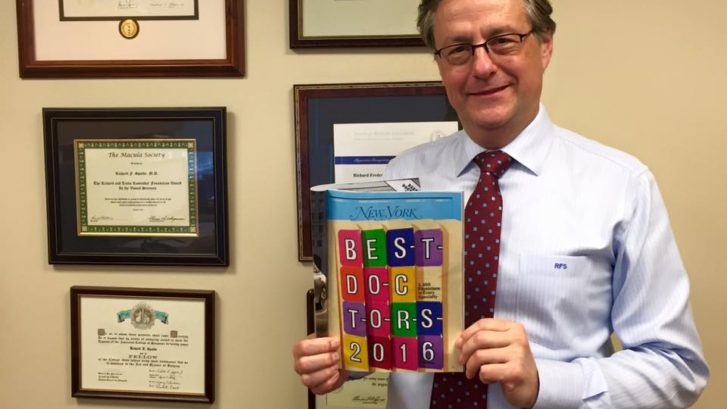 Each year, New York Magazine works with Castle Connelly Medical Ltd. to publish a database of the best doctors in the New York City area.

The doctors are selected based on peer-reviewed surveys, allowing medical professionals to evaluate other medical professionals. Physicians are evaluated on professional qualifications, reputation (education, residency, board certification, hospital appointment, disciplinary record), and patient skills (communication, empathy, instilling trust and confidence) to determine the top doctors in each field.

Super Doctors is a listing of exceptional physicians from various specialties who are highly recognized by their peers and for their outstanding achievements.

Dr. Michael Engelbert was featured on the Review of Ophthalmology en español cover for his work on the understanding of vitreous structure. To read the entire publication, click here.

“A New Understanding of Vitreous Structure”